A View on a View 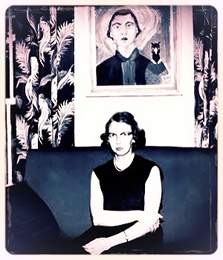 “A View of the Woods” is the quintessential Flannery O’Connor story. The loved child, defiant – subtle but certain proof that life does not align in the way that it ought, that this world is bent with injustice and fashioned by God for sins a life has worked itself against and, unknowingly, for.
Some have commented on a reflexive Oedipal-Elektra complex between the old man and the girl (http://thistosay.blogspot.com/2004/12/view-of-woods-by-flannery-oconnor.html). It doesn’t strike me as intentional. This kind of relationship is reminiscent of the one between Francis Marion Tarwater and his great uncle in The Violent Bear it Away, O’Connor’s great second and final novel. It is not about sex but about old and new, the past and the future’s death grip on the present.

I would contend that this is the same dynamic we find in “Woods.” The aforementioned blog also delves into how the natural world in “Woods” is described in human terms, while people are described so in those more animalistic. The businessman’s serpentine features fit cleanly into O’Connor’s Christian ethos, and the clay motif also instills in the story a realism you can almost smell.

The ending is also quintessential O’Connor, the imagery vague and haunting, recalling yet another O’Connor work, “The River” and, to a lesser degree for me, “The Turkey.” When I read “Woods” it did not matter to me the actual fate of the girl at the end. The author’s deft craft conveys what the reader needs to know, that she has crossed to the other side, has left this world, entirely — tainted and scarred as it is — all chances for redemption, but Fortune’s dream.